Geisslers Hofcomoedianten is an established independent theater company combining old traditions with live contemporary theater. With the focus on baroque inspiration, our devised theater results as a mix of old and new, poetic and lowbrow, tragic and comic, drama, music, puppetry and dance for our (and therefore the spectators') reflection and entertainment.

Geisslers Hofcomoedianten was founded in Kuks, Czech Republic, in 2002 with the establishment of the THEATRUM KUKS, a multi-genre festival of baroque and baroque-inspired art. Since then, the company has created over thirty full-length productions, as well as shorter street theater pieces. It has earned the recognition of audiences and critics, performed in numerous festivals in the Czech Republic and abroad (including a month-long tour of the United States).

Since 2014, the island Theater VILA Štvanice has been their home stage in Prague for the theater season every year. Annually, between June and September, the company goes on tour around the Czech Republic. Under the title of the Festival of Castle and Cloister Theaters the tour covers places in all regions of the country with cultural and specifically theatrical history. The aim of the tour is to return live art back to locations with cultural heritage and site-specific potential, and offer a unique experience for local audiences.

The target group of our theater activities is generally an adult individual. However, every November the company organizes a successful 3-day festival for children and their parents called VILOmeniny. Located in the attractive Theater VILA Štvanice in Prague and its exterior the festival offers every year the best of Czech theater productions for young audiences. The site transforms into a magic giant theater playground for kids with shows, concerts, games and educational activities on a chosen theme.

Our creative team consists of actors, musicians, visual artists as well as researchers with academic background in humanities or literary translators. Besides performances in black-box theaters and site-specific shows including street theater, the company produces additional activities such as the outdoor game for families featuring historical events in Prague, The Hero of the White Hill, with integrated video scenes performed by our actors. The game was developed as part of the covid dramaturgy during the lockdown in January 2021.

Some of our productions are available with English subtitles. Some of them are also well understandable without translation.

If you are interested in our shows, take a look at the offer below (in English). 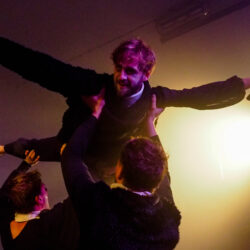 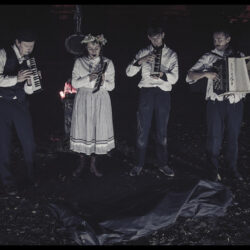 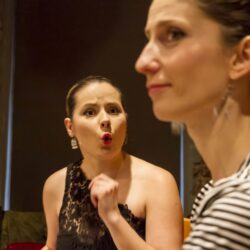 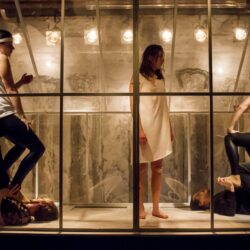 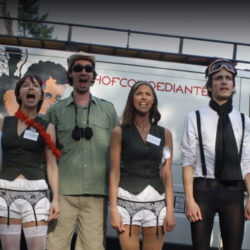